'Her name was Lola' is the only line we keep on repeat while we stay in the quaint lakeside town of Copacabana, nestled into the mountains surrounding Lake Titicaca, Bolivia. Our Cliffside hotel hostel boasts breathtaking views of the city and expansive lake as well as its own Llama farm/hammock reading area on the cliff. [...]

Our rickety 17 seater plane lands in the matchbox town of Rurrenabaque, Bolivia, on the outskirts of the Amazon and it’s hard not to feel like you’ve stepped out of real life and onto the set of Jurassic Park. Our muddy runway is home to a lone pig and a myriad of chickens pecking about [...]

I'm not having a glass of wine... I'm having six. It's called a tasting and it's classy. If ever there was a sentiment that applied to Mendoza it should be this! We've just spend the past week in Mendoza and Salta, in the stunning countryside dwarfed by the phenomenal Andes Range. Mendoza is wine country [...]

Every time I try and type out Uruguay I have to sound it out and it always sounds like " you're a guy" and then it occurs to me that these are the things I probably shouldn't tell people. Aside from that fun little fact, Britt and I endured the aforementioned hideous ferry-vomit-crossing to spend [...]

So in hindsight I was concussed. After a flight that involved me mixing up my words and generally being rather confused and out of it (at one point Brit asked if I was stroking out)  we touched down in energetic Buenos Aires. We were met by our private driver (perks of befriending an Argentinian who manages a hotel) [...]

Lots of water, wine and a bleeding head wound

After the hectic city that is Rio, it’s been nice to escape to the chill beach towns for a week! Just four hours north of Rio is a super cool beach town called Buzios… basically it’s made up of scenic beaches and bays, turtles swimming around and a small Centro. We got in late in [...] 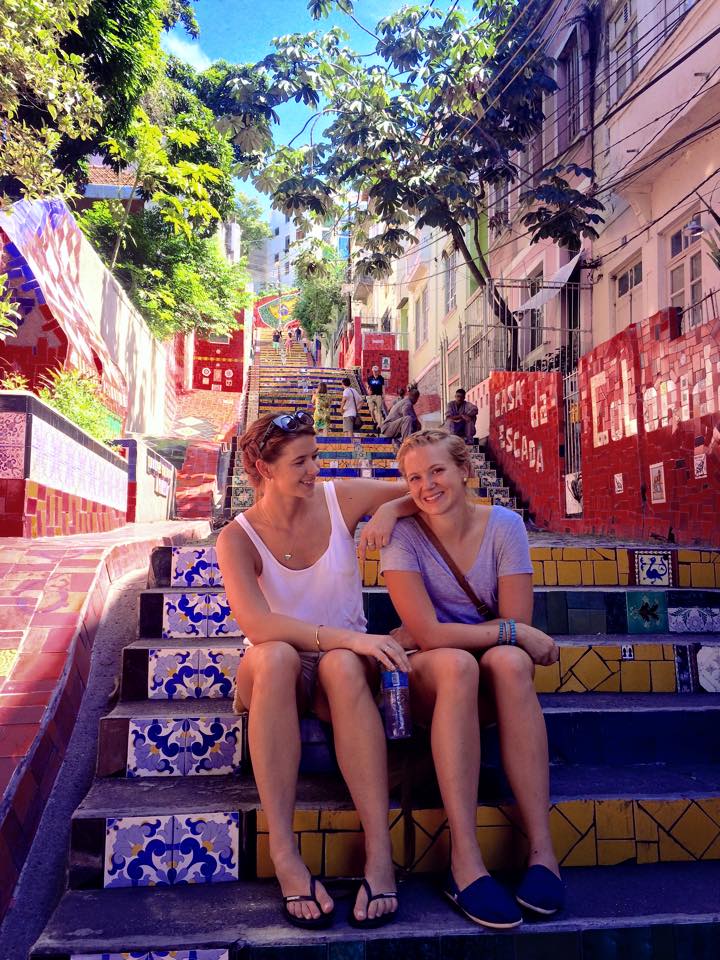 When we thought about touching down in the first destination of our whirlwind backpacking adventure, we imagined dumping our bags, running to the the beach to drink Caipirinhas and get our Brazillian butt tan in motion. However the reality pales (hehe) in comparison. We arrived at our little gated (this info is for you, Dad) Hostel [...]