Colombia. The country all parents beg their children not to go to for fear of kidnapping, rape and pillage.  As my friend Alex can testify to, when her hostel didn’t have wifi her mother in England went into a frantic state of despair and rang every yoga hostel to find her daughter, all the while hoping she’d not been kidnapped and sold off into a Colombian sex ring or murdered for a bag of Cocaine and an iPhone. Needless to say Alex was sitting blissfully unaware drinking coconuts and practicing her downward dog. That kind of Colombia.

Britt and I didn’t really know what to expect when we landed in Bogota. We’d had a very bizarre flight from Peru, where it’s a free for all racing to find a seat (what airline doesn’t allocate seating?) handing back our purchased drinks like poor thieves because we didn’t have enough money to pay for them (insert kind Colombian man who paid for them for us) and the male Air Hostess who slipped us his phone number and very loudly invited us out on a date with him and the flight technician into the mountains. Um. No thank you. I digress…

After a few days in Bogota we flew (again with the weird seatless airline) to Medellin, a super funky city in coffee region Colombia. They have this brand new cable car that goes from downtown right up into the Favelas at the top of the mountain for a fantastic view of the city that we took with our new British friend Richie. We spend our mornings attempting to train at the outdoor gym with all the shirtless Colombian drug dealers and afternoons drinking freaking amazing Colombian coffee as we slut our way through coffee shops in the city.

It’s in Medellin that we had our first travel scare. After a fun night out to dinner with Richie and another British Expat living in Colombia, we hit a few bars and local dance clubs. Britt and I were in the middle of some intense salsa’ing when Brittles exclaims she didn’t feel well. Fast forward fifteen minutes and she’s passed out on the hostel bathroom floor, drenched in sweat and a bucket full of vomit. Thanks date rape drug! (Sans the rape, thank god) We’re lucky we were only a thirty second walk from our hostel and with guys who had our backs. Incidentally, Brit woke up with only an awful drink spiked hangover.. things could have been far worse (She woke with her kidneys still intact, and we consider that a win) …. But in all seriousness, drink spiking is quite a problem in Colombian bars and clubs and as our British friend who lives here informed us, it’s quite often bartenders and bouncers doing the hunting, so as careful as we are with our drinks, sometimes things like this are unavoidable. It was a pretty awful end to a fun night, but we didn’t let this hinder our experience or tar beautiful Colombia!

Onward we go on the most hellish bus journey of my travel existence to date. This awful bus is the satanic love child of the Uruguay ferry and the South Korean Rollercoaster after a rambunctious evening of lovemaking. A very tenuous and windy trip up and down several mountain ranges over the course of a 12 hour evening saw both Britt and I throwing up into the filthy bus loo. I spent a good few hours on the floor outside the toilet for fear of straying too far away. At one point I aggressively had to usher a girl out of the bathroom or face throwing up on myself in the stairwell. Not our finest moment I assure you.

However, the silver lining is we arrived first thing in the morning to lovely little San Gil-Adventure Capital of Colombia! Days of class 5 rapid rafting (where we took part in a rescue or two- #nailingit) and the elusive Paragliding! Now I say elusive because three times on this trip we’ve booked paragliding, been pumped, only to have it cancelled due to inclement weather. But not in San Gil! We had the most incredible time soaring above South Americas second biggest canyon and even and my braces wearing driver (I was concerned he was even finished puberty let alone qualified to run off a cliff with me attached to his body) doing acrobatics over the mountains. They say stay close to things that make you feel alive. Well, just don’t stay TOO close, because I’m guaranteed to throw up immediately upon landing (harness around my ankles)  But what a thrill! This brings me to the most bizarre ‘sport’ I’ve ever encountered. Our guide Sebastian invited us to hang out with him and his friends while they took part in a most unusual recreational activity. It goes something like this:

-Lay down a giant tarp and cover it in detergent. Nb. At this point we’re pretty excited for an impending  slip’n’slide

-Race another pig saddled by a drunk/high Colombian while the pig slips and slides around (I guess it’s kind of a slip’n’slide’ of sorts?)

Britt and I aptly names this sport Slippery Dip Pig and while we do not condone this animal cruelty in any capacity, we lost our shit with laughter at this ridiculous game. YouTube it, it’s a thing.

We spent our last day in San Gil cliff jumping with the Locals. A guide from the day before offered to pick a few of us up and take us out of town to find some waterfalls and cliffs. Local guides? Of course! We’re picked up by two Colombians and an American from the adventure company and off we head into the mountains, our guides with an esky full of beer, a bag of weed and more than one stop on the side of the road to scour local farms for magic mushrooms. Local, right? Reggae music is blaring until we find the most pristine natural pool, complete with jutting rock faces over the deepest and iciest Colombian water. The day is so wonderful it can’t even be marred by the giant thunderstorm that rolls in over the mountains, forcing us to take shelter in a makeshift cave until we give up and make a mad dash in the rain back to our van and into the city, stopping for some local fried ants, of course. Add that to the list of horribly gross things I’ve eaten around the world. They fall somewhere behind the almost unpalatable fried bulls testicles in Mexico but come in well in front of the surprisingly delightful 18 day baby duck embryo in Vietnam.

From San Gil, we say goodbye to Richie and Britt and I head north to Santa Marta, which in itself is quite a dive but tourists flock to use this city as a base to explore the surrounding national park and stunning beaches. We landed in an awesomely fun, chilled out hostel and we got stuck. We spent our days drinking cocktails and laying by the pool, afternoons playing basketball and soccer with the local neighbourhood kids (got slayyyyed by 11 year olds) and partying at night at a very cool cliff side, open air club, salsa-ing with the locals while backpackers snort cocaine in the toilets. Colombia!! Finally after a week of avoiding making any pertinent travel decisions it was time to pack up and head down the coast to Sapzurro to begin our sailing trip to Panama through the San Blas Islands! 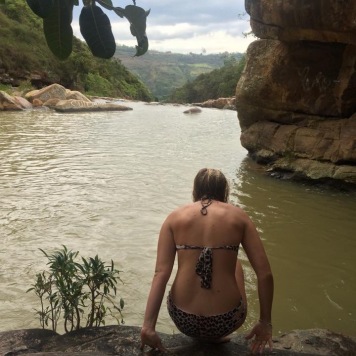 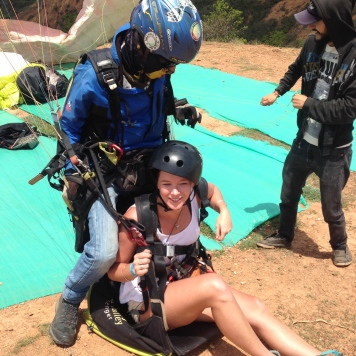 all smiles on landing 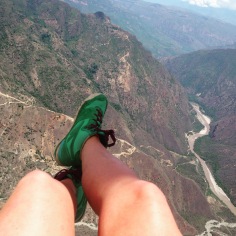 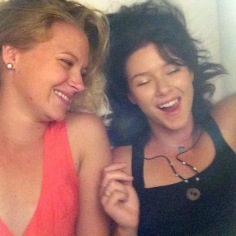 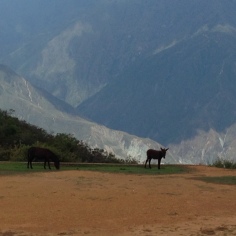 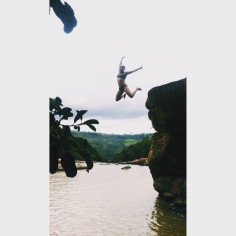 One thought on “Your parents warned you about Colombia”